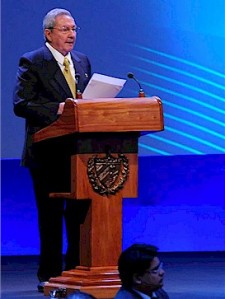 Remarks by Raul Castro at the opening the 2nd CELAC Summit, January 28, 2014

Esteemed Heads of State and Government of Latin America and the Caribbean;

On behalf of the people and the government of Cuba I warmly welcome you and wish you a pleasant stay. It is for us a great honor and a reason for sincere gratitude to be able to count on your presence in this Summit of “Our America”, which has been convened on the occasion of the one hundred and sixty first anniversary of the birth of José Martí.

We deeply regret the physical absence of one of the great leaders of Our America, the unforgettable Venezuelan President Hugo Rafael Chávez Frías, who fervently and tirelessly advocated and struggled for the independence, cooperation, solidarity, integration and unity of Latin America and the Caribbean and for the creation of this very Community.

I would like to propose a one-minute moment of silence in his memory.
Distinguished colleagues:
The period elapsed since the celebration of the last CELAC Summit has been complex but fruitful
The Latin American and Caribbean countries have been required to face a number of challenges. The crisis has continued to affect the world’s economy; the dangers which threaten peace are ever more present in several regions of the world; and some sister nations have been the object of threats, unilateral coercive measures and international lawsuits due to legitimate actions they have taken to defend their sovereignty.

END_OF_DOCUMENT_TOKEN_TO_BE_REPLACED

HAVANA (AP) — Cuban President Raul Castro called on Latin American and Caribbean leaders Tuesday to work together on pressing regional problems at a gathering of all Western Hemisphere nations except the US and Canada.

In his keynote speech as host for the summit of the Community of Latin American and Caribbean States, or CELAC for its initials in Spanish, Castro argued that the bloc should aspire to unity despite diversity, describing it as “the legitimate representative of the interests of Latin America and the Caribbean.”

“We should establish a new regional and international cooperation paradigm,” Castro said. “In the context of CELAC, we have the possibility to create a model of our own making, adapted to our realities, based on the principles of mutual benefit.”

Read more at: Cuba President calls for regional integration free of the US 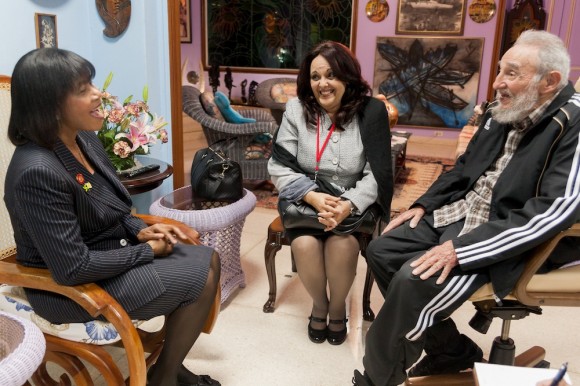 On Monday evening, the historic leader of the Revolution, Fidel Castro, received President Portia Simpson Miller, who heads the Jamaican delegation to the 2nd Summit of the CELAC and carries out an official visit to Cuba.

During the friendly meeting, Fidel and Portia Simpson recalled the historic relations existing between Cuba and Jamaica and highlighted the development of cooperation in important spheres like health, education and sports, among others.

END_OF_DOCUMENT_TOKEN_TO_BE_REPLACED 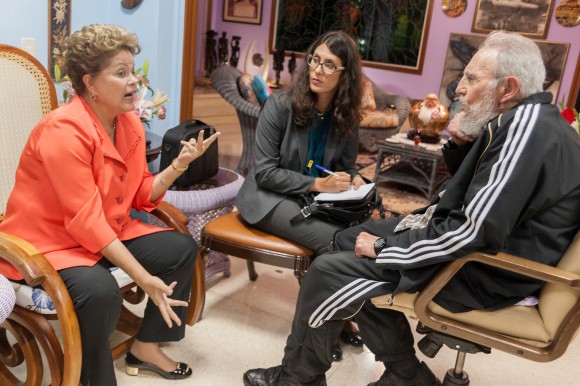 Today, the historical leader of the Revolution, Fidel Castro Ruz , met with Brazilian President Dilma Rousseff, who heads the Brazilian delegation to the Second CELAC Summit and who is also on an official visit to Cuba.

END_OF_DOCUMENT_TOKEN_TO_BE_REPLACED 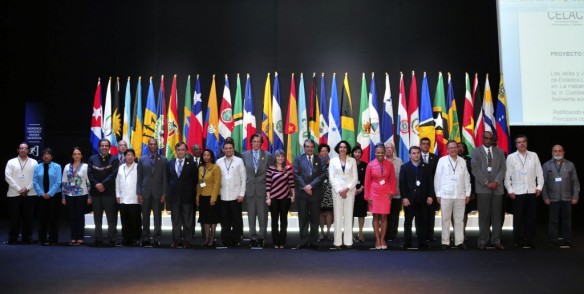 Cuban Foreign Minister Bruno Rodriguez Parrilla, opened the meeting of foreign ministers of the Community of Latin American and Caribbean States (CELAC) , which precedes the segment Summit of Heads of State and Government.

Rodríguez Parrilla gave a warm welcome to his counterparts and predicted a “day of productive work.” The head of Cuban diplomacy praised the work of the national coordinators who together agreed on the documents that the Foreign Ministers  must now continue working on. These documents will be submitted for consideration by the Heads of State and Government, tomorrow and Wednesday. The host cataloged the journeys of the last two days as “commendable”.

Read more at:  Inauguration Meeting of Foreign Ministers of CELAC 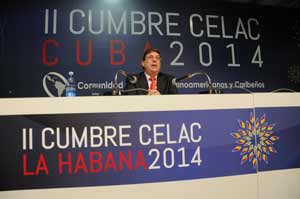 Opening the media room at PABEXPO, the venue of the 2nd Summit of CELAC on January 28-29, he said that CELAC does not invite non-member countries, but takes into account the space that has been historically, culturally and geographically recognized as Latin America and the Caribbean.

“Latin American and the Caribbean are willing to maintain normal communication and relations based on respect to sovereignty on the grounds of equality, being treated as equal partner and not as backyard,” the foreign minister said.

About the visit to Cuba by Secretary General of the Organization of American States (OAS) Jose Miguel Insulza, he said it is a diplomatic courtesy, and Cuba has followed the protocol as in the previous meetings.

“Cuba’s stance toward the OAS remains the same,” he said. We will not go back to it. That organization has a historic negative energy, as a US domination instrument that can not be solved by means of any reform, he said.

END_OF_DOCUMENT_TOKEN_TO_BE_REPLACED 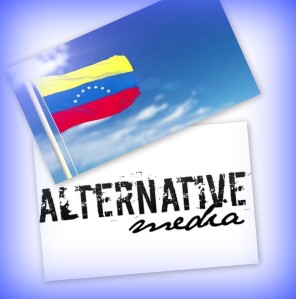 While members of the communications ministry met with hundreds of community and alternative media over the weekend to look at ways to support that movement, other government officials met with private media on Monday to encourage them to promote better values.

Representatives of 473 community and alternative media outlets participated in a national meeting to discuss the National Plan of Community and Alternative Communication 2014-2019 over the weekend in Miranda state.

The Ministry of Communications convoked and organised the meeting, which was the second part of a national meeting held in December.

Participants were organised into 18 working groups, which then elected a delegate to put together a single document, which will become the national plan. The meeting focused on four key themes: education and training, content, socio-productive projects as a means for self-sustainability, and responsible use of radio waves.

According to the communication ministry’s grassroots communication representative, Rolando Corao, working groups decided on 116 tasks for the five-year period.

END_OF_DOCUMENT_TOKEN_TO_BE_REPLACED 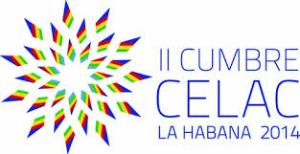 Hubert Mendez, Costa Rica’s ambassador to Cuba, declared on Thursday that the 2nd Summit of the Community of Latin American and Caribbean States (CELAC), will confirm the region’s decision to make progress in its process of integration.

In an exclusive interview with ACN, the diplomat said that, during the meeting in Havana, Latin America and the Caribbean will tell the world that they are “willing to create a peace zone, where the thunder of weapons and the drums of war are not heard any more.”
“We’re thinking about the sustainability of the region, about a future of democracy and well-being for all of its children,” stated Mendez.
He assessed as positive the work of Chile and Cuba as pro tempore presidents of the CELAC, and underlined that the two governments have worked well, “under the premise that we’re in an initial stage of construction, and that understandings are always difficult to achieve.”
Laura Chinchilla, head of state of that Central American nation, will receive the pro tempore chairmanship of that organization during the meeting that will be held on this capital on January 28 and 29.
For Mendez, the CELAC means peace, integration and solidarity. 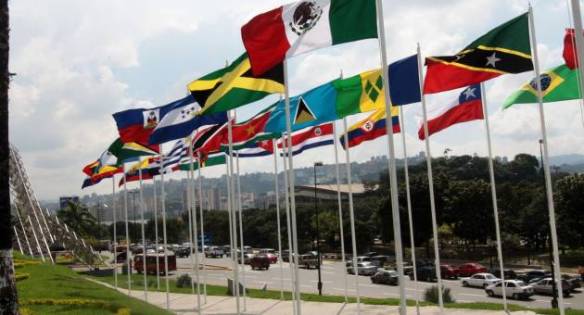 Cuba developed its pro-tempore presidency of the Community of Latin American and Caribbean States (CELAC) in 2013 with high commitment and under the principle of respect for diversity, said deputy foreign minister Abelardo Moreno.

In statements to Cuban television, Moreno said that the Cuban agenda always included at least one aspect related to the fight on poverty, hunger and inequalities.

The government official said that there is still a long way to go in this regards, though the Cuban presidency made steps on the right path as the island committed itself to the full incorporation of Caribbean nations to the regional bloc.

We must consider that these countries have a special situation, they are more vulnerable to world economic crises and factors, such as climate change, so they require a different kind of treatment, he noted.

END_OF_DOCUMENT_TOKEN_TO_BE_REPLACED 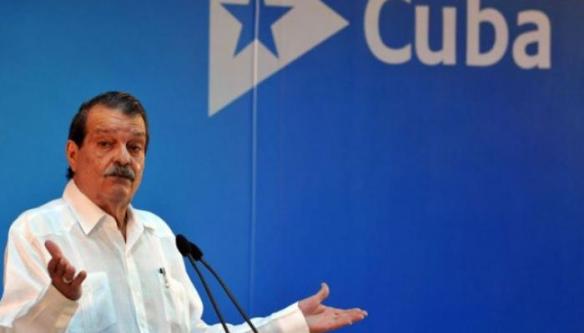 According to Cuba’s Deputy Foreign Minister, Abelardo Moreno, his country will propose that Latin America be declared a zone of peace at the upcoming Second Summit of the Community of Latin American and Caribbean States (CELAC) to be held on the 28th and 29th of January in Havana.  At the summit will be the heads of state and representatives of the 33 members of this organization which is focused on regional integration.

In statements made to the local media, Moreno noted that Cuba considers it “very important” that the summit approves this proposal.  “For years now our region has been a zone free of nuclear weapons (…) but we believe that this is not enough. We believe it is necessary that the heads of state and government from the region come to the agreement that any dispute, any conflict that arises is resolved by way of negotiation and dialogue and that the threat or the use of force is not seen as an option,” he said in an interview with Cuban television .

END_OF_DOCUMENT_TOKEN_TO_BE_REPLACED 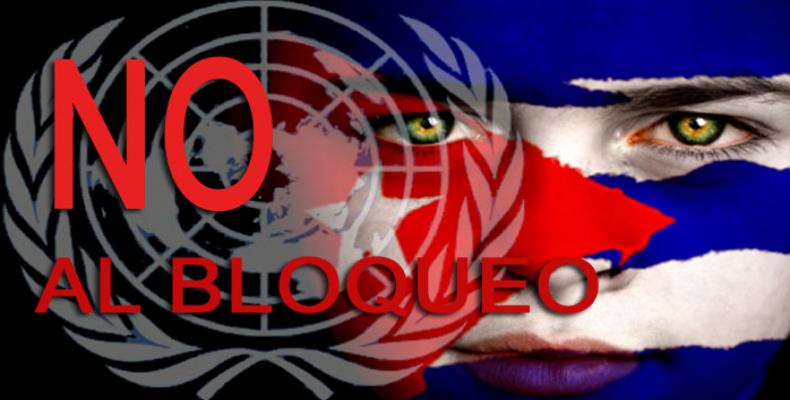