HAVANA, Cuba (ACN) — Almost six million people in 28 countries all over the world have learned to read and write thanks to the Cuban literacy method ‘Yo si puedo’ (Yes, I Can). 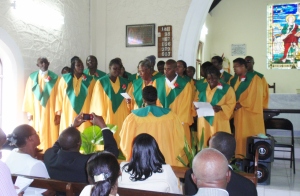 According to Enia Rosa Torres, an advisor to the Cuban Minister of Education, 5.8 million people have already learned to read and write using the ‘Yo si puedo’ method, while 723,900 others have benefited from a similar Cuban methodology called ‘Yo si puedo seguir’ (Yes, I Can Continue), which guarantees elementary instruction.

During a press conference in Havana, Torres said that there are currently more than 2,200 Cuban education specialists making a contribution in 28 countries, with priority given to the member nations of the Bolivarian Alliance for the Peoples of the Americas (ALBA).

The official noted that, thanks to the efforts of the Cuban professionals and the methodology, Venezuela, in 2002; Bolivia, in 2009; and Nicaragua, in 2011 were declared territories free from illiteracy.

The Cuban ‘Yo si puedo’ method — which received two honorary mentions from the United Nations Educational, Scientific and Cultural Organization (UNESCO) in 2002 and 2003 — has 14 versions, eight of them in Spanish, one in English, another one in Portuguese, and one in Creole for Haiti. There are also versions in Aymara and Quechua for Bolivia, and in Tetum, for East Timor.

Photo:  Jamaica’s first set of graduates from the Yo Si Puedo Programme

A total of 250 Ghanaians would on Monday May 21, leave the shores of Ghana to undertake various medical science programmes in Cuba for the next six years.

The arrangement follows the agreement accomplished between Vice President John Dramani and the government of Cuba during his official visit to the Caribbean island nation last year.

Under the agreements, the Cuban government would provide scholarship for all the 250 students who were selected from deprived communities throughout the country and would be ready to come back and serve those communities on completion. END_OF_DOCUMENT_TOKEN_TO_BE_REPLACED

On May 5, 2012, the Westmoreland Chapter of The Jamaica Cuba Friendship Association (JCFA), which consists of the Association of Clubs, professionals who have studied in

Cuba and who are working in Westmoreland, parents of students studying in Cuba, persons who have benefitted from the collaboration between Jamaica and Cuba in our health sector (e.g. the Miracle Eye Programme), hosted the 7th Annual Commemoration of the Bay of Pigs Invasion at the Petersfield Community Centre in Petersfield, Westmoreland.

The Bay of Pigs Invasion was an unsuccessful attempt by a CIA-trained force of mainly Cuban exiles to overthrow the Cuban government of Fidel Castro in April 1961.  After a series of terrorist actions including setting fires to cane fields, attacking an oil refinery, burning down the END_OF_DOCUMENT_TOKEN_TO_BE_REPLACED 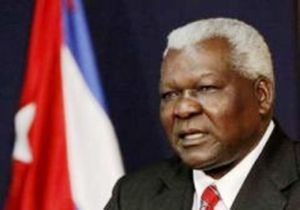 Cuban Vice-President Esteban Lazo Hernandez on Monday began a four-day official visit to Mozambique to boost cooperation between the two countries.  Speaking to reporters shortly after the arrival of the Cuban Vice-President, Mozambican Deputy Foreign Minister Henrique Banze said that the visit seeks to strengthen bilateral relations between the two countries. ‘We will review our bilateral cooperation and other issues that may be of interest to both countries and our citizens’, said Banze.

He stressed that both countries have cooperation ties that date back many years, with Havana helping Mozambique mainly in the areas of education and health. “We will focus primarily in these two areas, where Cuba has been supporting us in the training of teachers, doctors and medical staff”, said Banze.

Besides bilateral cooperation, both countries are expected to discuss other issues of common interest, particularly the United Nations.

END_OF_DOCUMENT_TOKEN_TO_BE_REPLACED

An Open Letter to the Norwegian Prize Committee

Request to you, to nominate the Cuban Five for the Nobel Peace Prize year 2011

I am Wachira, a 25 year old Youth from Nairobi, Kenya’s capital city, and I am writing this letter first to congratulate you for your bold step in selecting Liu Xiaobo as this year’s Nobel Peace Prize winner, a step which has led to international awareness about his case, and a step which will lead to a bigger space in the freedom of expression in China, and the world at large.

Secondly, I am writing to inform you of the case of the world’s most famous innocent prisoners today, Gerardo Hernandez, Rene Gonzalez, Antonio Guerrero, Ramon Labanino END_OF_DOCUMENT_TOKEN_TO_BE_REPLACED 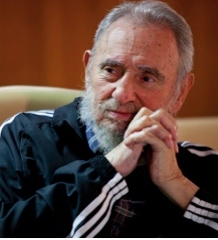 A piece of news released by AP, the most important US news agency, dated today in Monterrey, Mexico, explains it with irrefutable clarity.  This is not the first, and certainly it won’t be the last, about a reality that puts paid to the mountain of lies with which the United States intends to justify the inhuman destiny it reserves for the peoples of our America.

What does the news say?

“MONTERREY, Mexico (AP).- Forty-nine decapitated and mutilated corpses were found abandoned in a pool of blood in a highway END_OF_DOCUMENT_TOKEN_TO_BE_REPLACED