Here is what Al Jazerra America is reporting :

In a speech Friday at United Nations General Assembly, Prime Minister of Saint Vincent and the Grenadines Ralph Gonsalves said the European nations must pay for their deeds.

“The awful legacy of these crimes against humanity – a legacy which exists today in our Caribbean – ought to be repaired for the developmental benefit of our Caribbean societies and all our peoples,” Gonsalves said. “The European nations must partner in a focused, especial way with us to execute this repairing.”

END_OF_DOCUMENT_TOKEN_TO_BE_REPLACED

Kevin Zeese: The Trans-Pacific Partnership has nothing to do with trade or freedom, and ongoing demonstrations could encourage those on the inside to speak up –

Leaders of 12 countries considering an extensive trade pact will meet in Indonesia next week for negotiations. The Trans-Pacific Partnership would be the largest U.S. free trade agreement in history, covering 60 percent of the global economy.

“… corporations can sue governments if their expected profits are hurt …”

END_OF_DOCUMENT_TOKEN_TO_BE_REPLACED

President Evo Morales of Bolivia has deplored the fact that the Nobel Committee made an error when awarding the US President Barack Obama the Nobel Peace Prize in 2009, insisting that the award should have been different, namely the Nobel War Prize, according to the Latin American media reports on Friday.

Morales said this in a statement in Caracas, where he’d arrived to meet another vociferous critic of the US policy, President Nicolas Maduro of Venezuela.

Morales arrived in Caracas straight from New York in the wake of his attendance of the UN General Assembly session.

END_OF_DOCUMENT_TOKEN_TO_BE_REPLACED 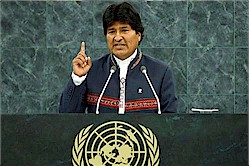 UNITED NATIONS.—Bolivian President Evo Morales stated September 25 at the UN that as long as imperialism exists, there will never be peace, justice or sovereignty for the peoples of the world, and that war is the business of capitalism.

Speaking during the second day of the 68th period of sessions of the UN General Assembly, Morales added that while some nations are working to end poverty, to search for peace and social justice, certain powers are promoting wars and acts of intervention in other countries.

END_OF_DOCUMENT_TOKEN_TO_BE_REPLACED

The Joint Trade Union movement of Trinidad and Tobago is opposing plans to privatize plum state assets in natural gas, banking, ports and manufacturing announced by the government in the recent annual budget

Following a National Conference of Shop Stewards and Branch Officers (COSSABO) on Saturday 7 September, 2013, the Joint Trade Union Movement (JTUM) issued a statement on Privatization. The JTUM had condemned Privatization in all its forms and issued a warning against further divestment of any State Enterprise.

The JTUM statement came just as the government was about to present its national budget for the fiscal year 2013-2014. On Monday 9 September, the Minister of Finance presented the largest budget ever in the history of Trinidad and Tobago, some $61.4 Billion. In our statement on 7 September, the JTUM warned citizens about the possibility of the government moving towards more privatization. 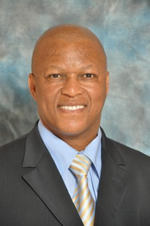 Efforts to improve doctor patient contact in the North West province received a major potential boost with announcement by Health MEC Dr Magome Masike that the province will this year send 180 students to study medicine in Cuba. This is a drastic improvement from 100 that was recruited in 2012.

The province has 72 medical students from poor backgrounds who successfully completed their medical studies and are now serving their communities since the inception of the South Africa Cuba Medical programme in 1995.

The recruitment process of 180 students who departs for Cuba in October was highly competitive. Candidates were selected on the basis of academic excellence and commitment to serve the poorest communities upon completion of their studies.

END_OF_DOCUMENT_TOKEN_TO_BE_REPLACED

Today in the U.S., about 16% of girls enter puberty by the age of 7, and about 30% by the age of 8. A recent study determined that the number of girls entering puberty (defined by breast development) at these early ages has increased markedly between 1997 and 2010.1

END_OF_DOCUMENT_TOKEN_TO_BE_REPLACED

Venezuelan president Nicolas Maduro announced plans yesterday to intensify the battle against food shortages and what he called “sabotage” to the economy.

From the beginning of this year Venezuela has experienced relative scarcity in the supply of certain basic food products and other goods in the economy. This has been coupled with inflation of 32.9% in the first eight months of 2013, hitting food prices among other goods.

While the monthly inflation rate has slowed to under half of the peak 6.1% rate recorded in May, according to the Central Bank, scarcity levels have only marginally reduced from a high reached in April. However, conditions vary regionally, and in Merida for example, most scarce products from April are now available.

The conservative opposition blames government price controls and mismanagement in the distribution of state-controlled foreign currency for shortages and other economic problems. 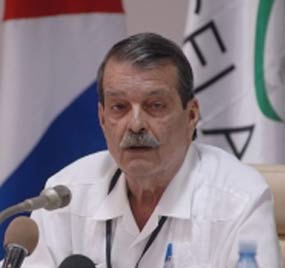 The Community of Latin American and Caribbean States, CELAC, presented at the United Nations General Assembly its commitment to include the persons with disabilities in global development programs and strategies.
During a high-level meeting on the subject, Cuban deputy foreign minister Abelardo Moreno presented the position of the Community, a 33-member states bloc currently being chaired by Cuba.
12 percent of Latin Americans face some kind of disability
“We are convinced that full social inclusion of persons with disabilities requires the renewed commitment by governments and societies, as a crucial condition to achieve equitable, democratic and multi-cultural societies,” the CELAC document reads.
According to the document, 12 percent of the population of Latin America and the Caribbean area faces some kind of disabilities, which stands for about 66 million people, most of whom are part of the most vulnerable population sectors.
END_OF_DOCUMENT_TOKEN_TO_BE_REPLACED 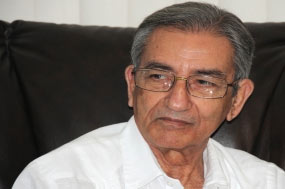 Cuban Jose Ramon Balaguer, who is member of the Secretariat of the Central Committee of the Cuba’s Communist Party  described as excellent the bilateral relations between his country and Jamaica and called for Latin American and Caribbean unity.

Speaking at the 57th annual conference of the ruling People’s National Party held here, Balaguer expressed appreciation for the solidarity of the Jamaican government and people.