Today there are more than 366 million people affected with this condition that kills 4.6 million people annually, which represents a challenge for health systems worldwide, according to WHO statistics. 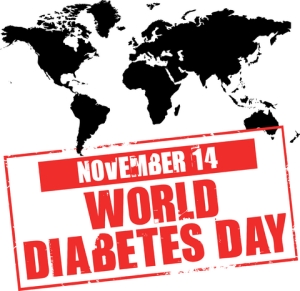 World Diabetes Day (WDD) is celebrated every year on November 14. The World Diabetes Day campaign is led by the International Diabetes Federation (IDF) and its member associations. It engages millions of people worldwide in diabetes advocacy and awareness. World Diabetes Day was created in 1991 by the IDF and the World Health Organization (WHO) in response to growing concerns about the escalating health threat that diabetes now poses. World Diabetes Day became an official United Nations Day in 2007 with the passage of United Nation Resolution 61/225. The campaign draws attention to issues of paramount importance to the diabetes world and keeps diabetes firmly in the public spotlight.