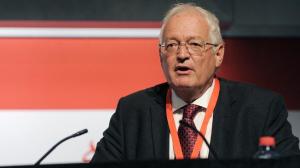 FIFA’s ethics judge Hans-Joachim Eckert is now in possession of Garcia’s report, which FIFA in July said would not be made public. The German judge’s verdict is expected to be delivered in November if not sooner.

When asked if the FIFA investigator’s report – which recommends sanctions against “certain individuals” – should be made public, Webb was unequivocal: “Yes, no question,” he said. 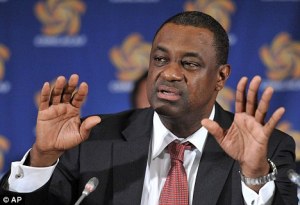 Webb added that “if there is proven bribery or corruption” FIFA should either run a revote or the hosting rights should “go to the runners-up”. That was an interesting comment, as CONCACAF member the USA finished runners-up to Qatar in the final round of FIFA ExCo voting in December 2010.

At Soccerex on Monday, FIFA vice-president Prince Ali also called for the Garcia report to be published.

More clarity in the bidding process

In the future, Webb called for more clarity in the bidding process, calling for all 209 national associations to have an open vote.

“I support going to the member associations for an open vote,” he told Soccerex delegates. “We do this in CONCACAF for the sake of transparency. After all, it is not a personal vote but a vote by your national association.”

John Mann:  World Cup workers are dying in their thousands

In addition to the problems of alleged corruption, FIFA has also been criticized as a result of the harsh conditions to which World Cup workers in Qatar are subjected, and the fact that many have lost their lives in this endeavour.  According to John Mann, World Cup workers are dying in their thousands while the world looks on and the International Trade Union Confederation estimates that if this inaction continues, 4,000 workers will die by the time the first game is played in 2022.  .  The Guardian has also reported that Qatar World Cup stadium workers earn as little as 45p an hour and Amnesty has called on FIFA to address the abuse of these workers.

Source: FIFA vice-president has called for ‘corruption’ report to be published