In a few days the building of Cuban Art from the National Museum of Fine Arts will exhibit the installation “do not thank the silence”, created by the renown Cuban artist Alexys Leyva Machado (Kcho). The idea was inspired by the experience of the Cuban Five in Unit Special Albergamiento (Special House Unit), known as El Hueco in FDC (Federal Detention Center) in Miami, where they remained for 17 months even though according to the regulation of U.S. prisons the maximum period is 60 days.. 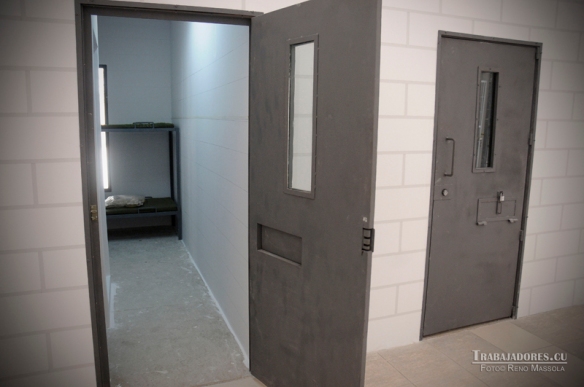 Through Kcho’s idea, visitors will discover one of the most sadistic edges of the American prison system and may remain locked up for 5 minutes in a cell about 15 feet long and seven wide with no more furniture than bunk iron with a fine mattress, and concrete seat and table. The toilet is metal and there is a sink and a “mirror” which returns your sad look.

These conditions are created to make people feel like junk, to degrade them to the lowest level,  commented René González and Fernando González to Kcho at a meeting held last Wednesday, March 19.

Kcho researched the topic in detail but the testimony of the two anti-terrorist fighters who have returned to Cuba, as well as drawings of Antonio Guerrero, were vital to the realism that distinguishes the work.

As you enter you feel the discomfort

“I feel that people will come spontaneously and most will want the full experience, including passage through the cell, which is optional.  As you enter the installation you feel, from the outset, the discomfort of being in a controlled, contained space, surrounded by fences and padlocks. That’s the idea,  said the artist. 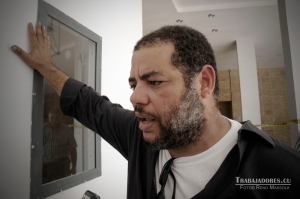 “This will be like a big black cube” described Kcho “half covered by a translucent black curtain, so that you can see something, but likewise be hidden. There will be orange overalls with the name and the judgment of each Five printed on the back. ” Whoever decides to have the experience must remove all their belongings and get one of the uniforms, including flip flops. From that time receive a sentence similar to the treatment gap, that includes wives, their feet chained and called “walk” when taken out of the cell.

The work includes a lounge (also behind bars) for temporary exhibitions and a small “classroom” with desks where some of the audiovisual made on the subject of the Five in the 15 years of struggle for liberation is screened.

“But it is not only for the Five-said Kcho it is also for the countless and unknown Cubans who have suffered during these fifty years of fighting the United States for Puerto Ricans and all political fighters who have faced the empire. It is also a critique of the system that has made prisons a lucrative, cynical business, a system that needs offenders whom they allegedly seek to reform. ” 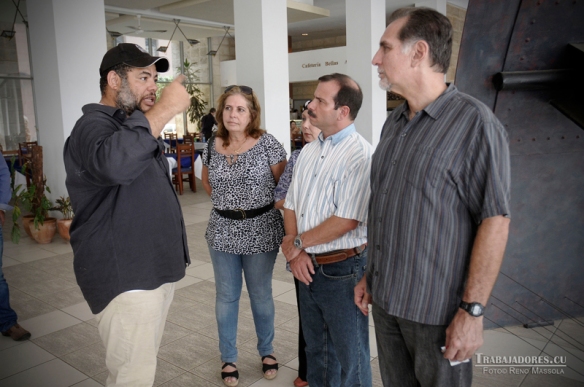 Kcho: “I’ll be the first to live the experience, I’ll stay that opening night. I’m from little sleep, so I will apologize license to keep a notebook for painting. I will endure only so many hours locked “. 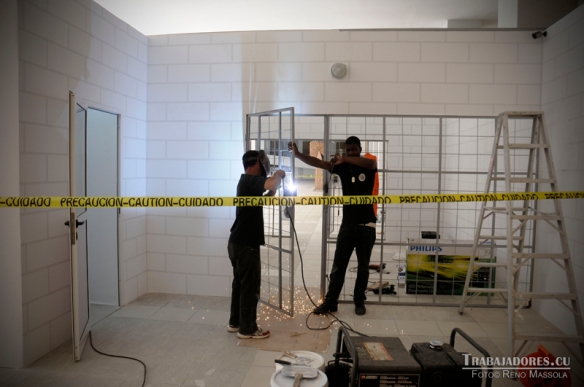 Kcho: “This work is an indictment of an unjust regime that makes man trash. The U.S. has more than 2 million prisoners and the system operates as a business. Prisoners are needed to make it profitable. In the case of Herman Wallace, for example, the Black Panther who was freed only when he was about to die and spent over 40 years in solitary confinement. ”

Kcho: “The background to this work is in one I did in 1999 for House of the Americas which was called “Do not thank silence”. It was a great boat cage, a prison.  In 1990 he  made another cage that is in the Fine Arts Museum – it also talks about the detention. It is a call not to be complicit in this silence that reigns in prisons. That silence is bad. 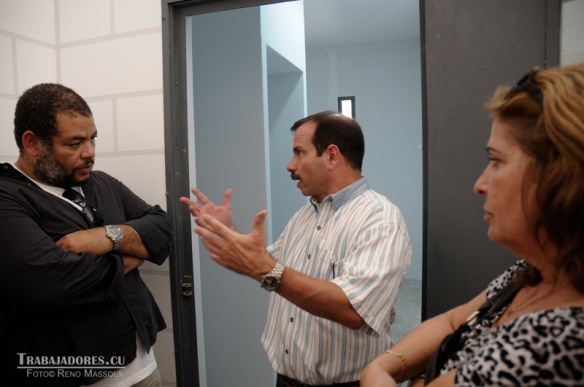 Fernando: “Part of the punishment is solitary confinement, you never see anyone, you have to wait to feel a key to see if your scream made case and ask the guard for cleaning chemicals. In my last experience they almost always said this was apparently due to financial problems. ” 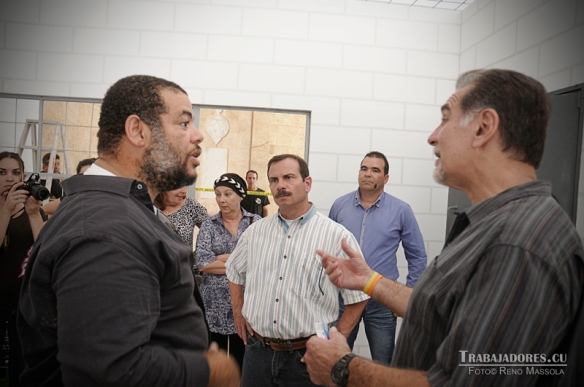 Even within the Hueco (Hole) they applied various schemes explained as safety, said Fernando and René to Kcho, including the chains that bound both hip and feet. 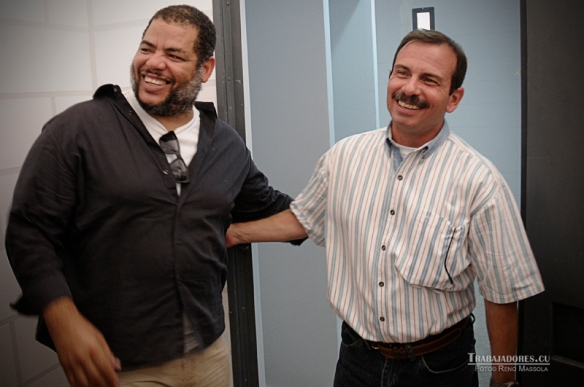 This was the first meeting with Fernando and Kcho since his return to the country on 28 February after serving his full 15 years, 5 months and 15 days. 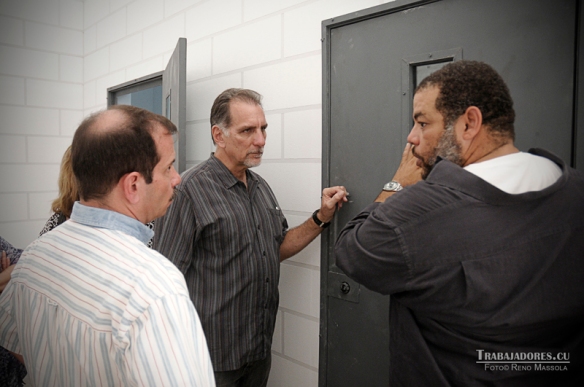 “No thank to silence” will be opened shortly in the National Museum of Fine Arts. Its dimensions, bars and locks, security cameras and the presence of similar employees in El Hueco objects, multiply the realism of the work. 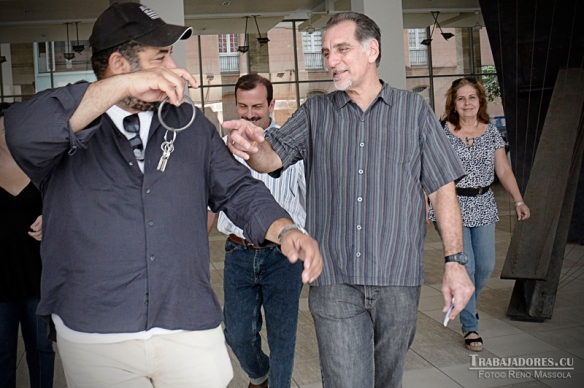 Among the pieces that multiply the realism of “no thanks to silence”, is the ring stand with multiple keys (see right hand Kcho) and the “line” which consisted of a long rope made from a piece of sheet which is tied at the tip a toothpaste tube (see left hand René), this served to switch to, under the door at full speed, “magazines and a whole lot more,” according to testimony of Antonio Guerrero in the series of watercolors I die as I lived.