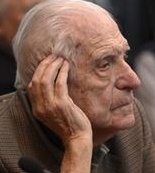 SECRETS closely guarded for 30 years have been uncovered in Argentina. The discovery of 1,500 files containing documents of the last military dictatorship (1976-1983) raise new questions about the recent history of the South American nation.

The documentation, ordered chronologically with 280 original minutes, appeared in a basement at the headquarters of the Argentine Air Force, where it is supposed they have lain for the last 30-plus years.

Paola Bianco, coordinator of the Latin American Studies Center at the National University of San Martín in Argentina, commented to Granma that the discovery is to the benefit of the human rights policy inaugurated during the Néstor Kirchner presidency, “with the annulment of the due obedience and final point laws, which granted total amnesty to the intellectual authors and executors of the Argentine dictatorship for 30 years.”

A systematic civic-military plan of terror

The political analyst highlighted the documentation’s historic value. “It evidences the existence of a systematic civic-military plan of terror, the final objective of which was the implementation of a neoliberal economic plan projected through the year 2000.”

The official announcement was made by Argentine Defense Minister Agustín Rossi, who stated that the texts will be totally declassified within the next six months. However, he noted that they include an “Action Plan” which divided the repressive government’s proposals into two stages, the first to 1990 and the second to the beginning of the 21st century.

The Argentine military, under the command of General Jorge Rafael Videla, also drew up “blacklists” in three years: 1979, 1980 and 1982. The lists included journalists, intellectuals, artists, political activists and labor unionists, scrupulously categorized into sections known as Formula 1 through 4, according to “complexity.”

At least 285 people were part of this category, including the writer Julio Cortázar, film director Octavio Getino and journalist Jacobo Timerman.

During this stage the de facto military forces in power also censored the songs of Joan Manuel Serrat, Víctor Manuel, Camilo Sesto, Mercedes Sosa, Manolo Galván, among others, considering them “contrary to the Western civilization and Christianity, which these forces swore to defend at the cost of bloodshed.

Minutes were also found which made it clear how the media was to refer to the issue of the disappeared. In this context, three books were found recording the petitions of families who wanted to know the whereabouts of their children. One of these requests was from Hebe de Bonafini, leader of the Madres de Plazo de Mayo, with two of her offspring in this situation.

The illicit sale in 1976 of the company Papel Prensa

Particular attention has been given to the 13 original minutes on the illicit sale in 1976 of the company Papel Prensa which, since its founding four years previously, supplied paper to some 170 newspapers countrywide. The Graiver family, owners of the company, were arrested and their business expropriated. Subsequently, the military junta handed over its assets to La Nación newspaper and the Clarín Group, currently a conglomerate of multimedia which take a hard line on the Argentine government.

If the investigation into the files found confirms that the sale of Papel Prensa was made under pressure and the threat of death to the Graivers, that would confirm suspicions that Clarín became the majority shareholder in an industry strategic for communications in the context of state terrorism.

The Argentine Defense Minister emphasized that the texts include an “exhaustive” follow up on the Graiver family by the repressors from September 1976 to December 1, 1977, but it will be the Justice Department which rules upon the relationship.

Argentina has come even closer to learning about its recent past. the military dictatorship papers found could shed light on one of the darkest periods of history, during which thousands of people were kidnapped, tortured and murdered at the hands of the regime.

Source:  Granma International   The secret papers of the Argentine dictatorship

2 thoughts on “The secret papers of the Argentine dictatorship discovered”