El Himno de Bayamo (The Bayamo Anthem), the national anthem of Cuba, has its origin in the Battle of Bayamo in 1868.  It is said that during this battle, on October 20, the Spaniard authorities surrendered to the Cuban forces and the jubilant people surrounded the poet and musician, Perucho Figueredo, who took part in the fighting, and asked him to write an anthem with the melody they were humming.

Legend has it that right on the saddle of his horse, Figueredo wrote the lyrics of the anthem (which was longer than the current official version).  Unfortunately Figueredo was captured and executed by the Spaniards two years later.   It is claimed that just before the firing squad received the Fire command, Figueredo shouted the line from anthem, Morir por la Patria es vivir (To die for the Homeland is to live).

Officially adopted in 1902, the anthem was retained after the revolution of 1959.   Now, October 20 is a special day for the Cuban people, called Cuban Culture Day.

On Sunday, October 27, the Association of Cuban Residents in Jamaica in conjunction with the Jamaica Cuba Solidarity network, organized a gala to mark this memorable day.

The event’s opening remarks were made ​​by the new Cuban Ambassador to Jamaica, Bernardo Guanche Hernandez, who recalled the importance of the date and stressed the need to continue integrating the Jamaican and Cuban cultures as a symbol of unity and friendship between the two countries.

Participants enjoyed a variety of cultural forms and showed their appreciation on several occasions by applauding and singing along with the artists who entertained them. 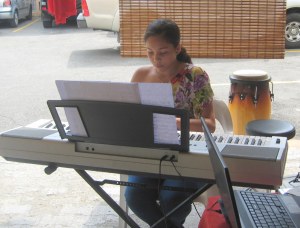 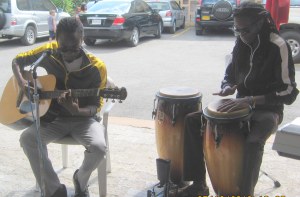 Mrs. Hope McNish, a member of the Jamaica Cuba Solidariy network, recited in English and Spanish the beautiful poem of Cuban National Poet Nicolas Guillen “I have”.

The event ended with couples from the Cuban Medical Brigade in Jamaica taking to the dance floor and displaying their Cuban dance style to an appreciative audience.