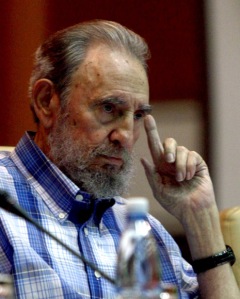 The World Association of Special Education awarded Cuban Revolution leader with its Blue Heart Prize for having been the creator of the Dora Alonso special school, the first center in Cuba dedicated to treating Autistic Spectrum Disorders.
Education minister Ena Elsa Velasquez received the distinction on behalf of the Cuban leader during the closing ceremony of the First International Encounter on Autism and Inclusion, which was held at Havana’s Conventions Center.
The World Council of University Academics awarded other persons including Alberto Docampo and Mercedes Carracedo, parents of Michel, a young boy with autistic spectrum disorders, who is working at the library of the Dora Alonso special school. Michel was the presenter at the opening and closing ceremonies of the international event.
The president of the World Association of Special Education, Orlando Terre announced that the 12th International Encounter on Special Education and the Attention to Diversity will take place in June 2014, in Cuba.
Source:  Cuban News Agency